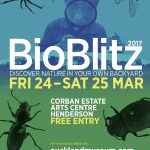 Hosted by Auckland Museum, BioBlitz 2017’s focus was to connect communities to their natural environment.This exciting biodiversity survey carried out over 24 hours aimed to record as many of the living species found at Opanuku Stream as possible. It brought together scientists, naturalists, students and members of the public with diverse knowledge, expertise and interest in the natural environment to learn about the wild and wonderful, secretive and shy species that dwell in the nooks and crannies of our city environment!

Did you know that Auckland is one of the only cities in New Zealand that still has resident populations of pekapeka – long-tailed bats? They are our only native land mammal and are classed as ‘critical/vulnerable’ due to predators and removal of trees where they roost.

It was an exciting evening – using bat detectors they found bats at three different locations at our Opanuku Stream bush area during the walk! 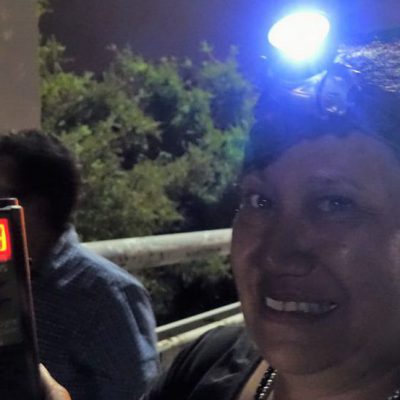 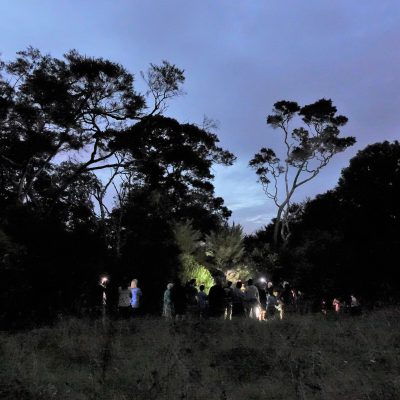 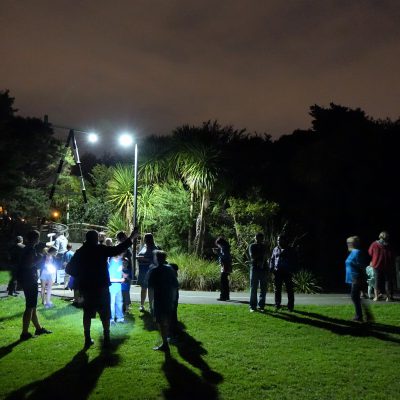 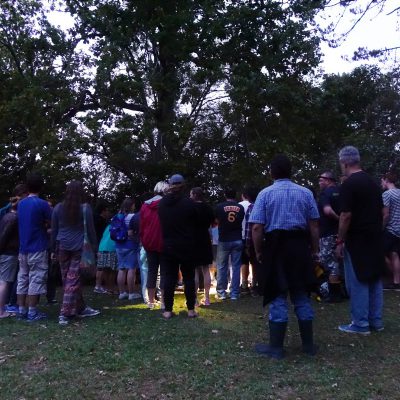