It was a cruise with a difference, and what a difference they made. On Saturday 29th March 2014 a group of volunteers joined the Project Twin Streams Glen Eden and the Watercare Harbour Clean-Up Trust team on a creek cruise and at the same time collected over 7,000 litres of rubbish from Henderson Creek.

“We’re working in Glen Eden with the Waikumete Stream which flows into Henderson Creek and the Waitemata Harbour, so the 7,000 litres of rubbish we liberated from our waterways would have polluted not only our neighbourhood but also had a wider impact,” said Pamela Gill the Project Twin Streams Glen Eden Community Coordinator. According to Pamela some of the rubbish was obviously the result of intentional dumping.

Over 15 volunteers (aged from 20-78 years old) spent an hour and a half clearing rubbish, and afterwards over a well-deserved BBQ discussed how to solve the problem of rubbish in Auckland’s waterways. One suggestion was the possibility of a plastic bag-free Auckland – this idea is already in place in New Delhi, so why not Auckland?

How does rubbish get into the stream in the first place? It gets there by people dumping it, through stormwater grates, animals ripping up rubbish bags, and rubbish that’s thrown and blown from vehicles and backyards. Any rubbish that gets dropped in our street is likely to end up in the stormwater system and then drift out to sea. 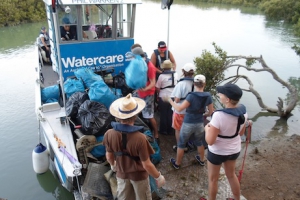 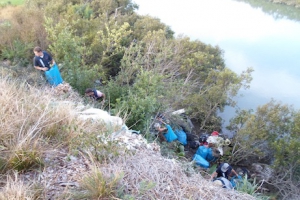 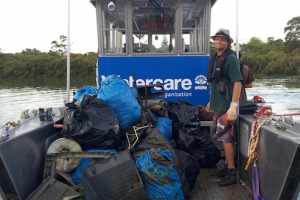 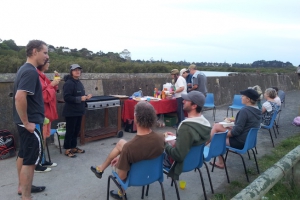 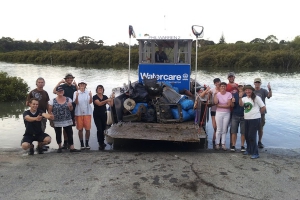